The day has finally come: NVIDIA IS PUBLISHING THEIR LINUX GPU KERNEL MODULES AS OPEN-SOURCE! To much excitement and a sign of the times, the embargo has just expired on this super-exciting milestone that many of us have been hoping to see for many years. Over the past two decades NVIDIA has offered great Linux driver support with their proprietary driver stack, but with the success of AMD’s open-source driver effort going on for more than a decade, many have been calling for NVIDIA to open up their drivers. Their user-space software is remaining closed-source but as of today they have formally opened up their Linux GPU kernel modules and will be maintaining it moving forward. Here’s the scoop on this landmark open-source decision at NVIDIA.

I can’t believe this is happening.

NVIDIA is open sourcing all of its kernel driver modules, for both enterprise stuff and desktop hardware, under both the GPL and MIT license, it will available on Github, and NVIDIA welcomes community contributions where they make sense. This isn’t just throwing the open source community a random bone – this looks and feels like the real deal. They’re even aiming to have their open source driver mainlined into the Linux kernel once API/ABI has stabalised.

This is a massive win for the open source community, and I am incredibly excited about what this will mean for the future of the Linux desktop. 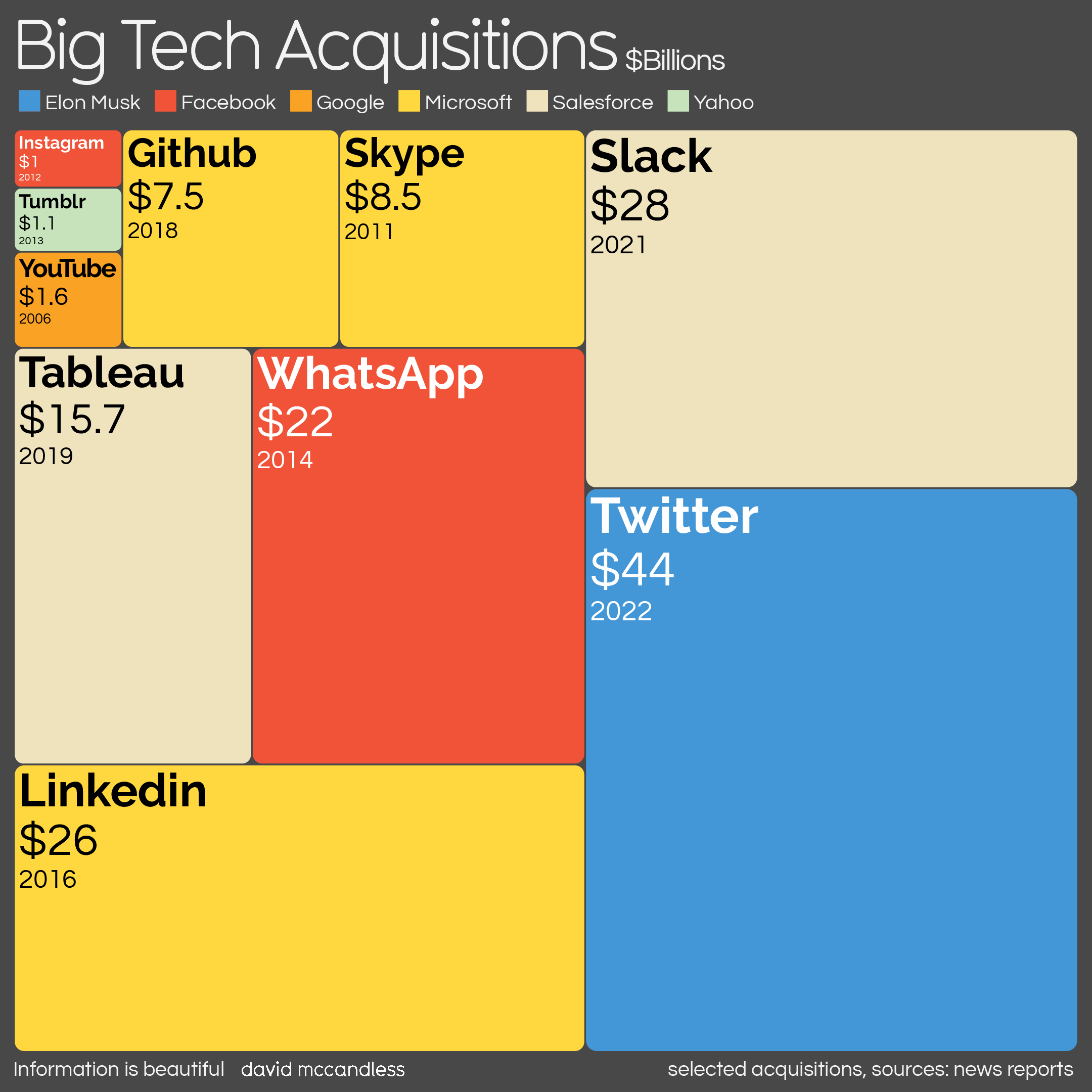 Visualising the full extent of Russia’s natural gas production & exports to understand how much the European Union is tied to Russian energy.

Numbers for this chart were hard to find, scattered across various news reports and PDFs. But it clearly shows why Germany – and several other countries – will have a very difficult time weaning themselves off this far-reaching supply chain. Perversely, though, this may end up accelerating the global shift to renewable energy by 2050.

some of our other related graphics

» Russian Oil – who imports it? Who’s Most Dependent on it?
» World’s Proven Oil Reserves
» The Size of Major Ukrainian Cities Compared to US & EU Equivalent Cities

And a best-of collection of helpful Ukraine-Russia visualisations, maps and primers from around the web.

The Ukraine War From Russia's Perspective by CaspianReport
Monday April 11th, 2022 at 2:07 PM

Install Raid for Free ✅ IOS/ANDROID/PC: https://clcr.me/Apl_CaspianReport and get a special starter pack 💥 Available only for the next 30 days

In spite of the raging fight on the ground, the #Ukraine war is not really about Ukraine. It is about #Russia attempting to restore the #multipolar global order that was lost.

✔ My equipment and editing software ► https://www.amazon.com/shop/caspianreport?listId=2GSSTV5TB5HGO 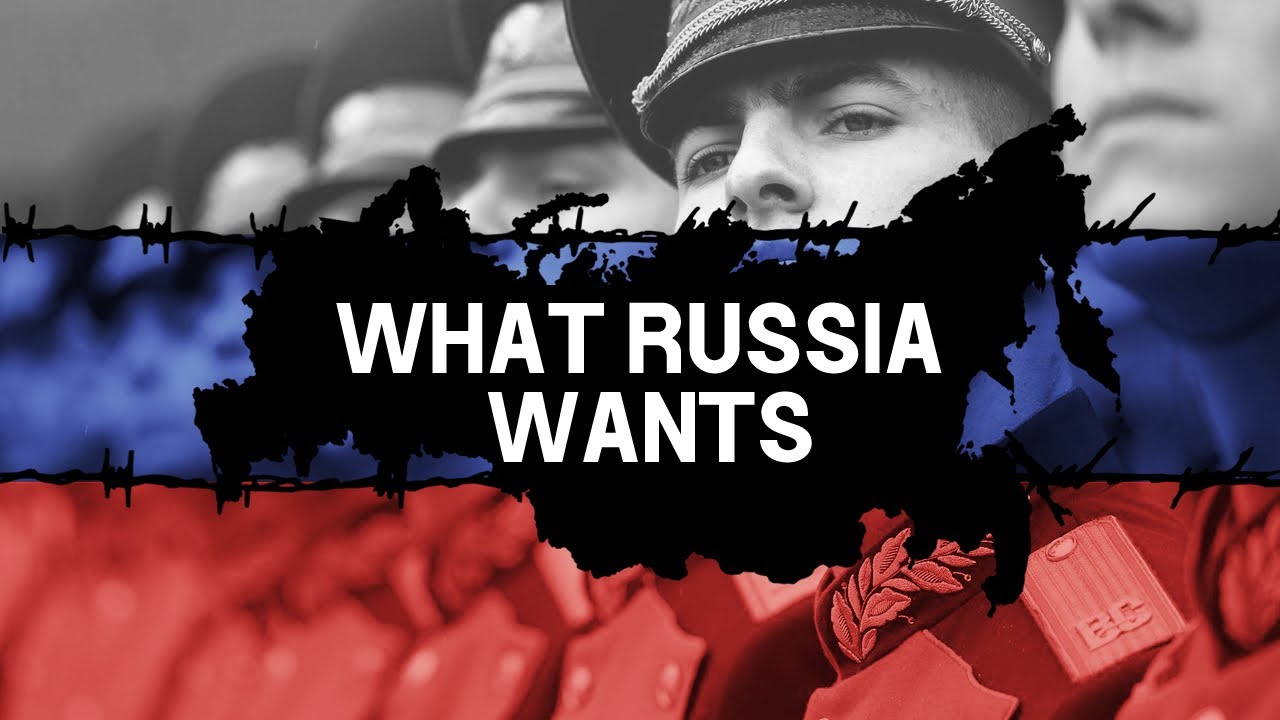 Thoughts on Crowdfunding with Refund Bonuses by Yoav Ravid
Monday April 11th, 2022 at 11:23 AM

Alex Tabarok suggests improving crowdfunding by letting fundraisers offer a bonus as compensation for anyone that gets a refund if the project fails. By doing that the fundraiser solves the coordination problem making non-funding the equilibrium:

But with refund bonuses:

if I think that you won’t contribute then I want to contribute, to earn the refund bonus, and the same is true for you. Indeed, the only equilibria in the crowdfunding game with refund bonuses have the project being funded.

This is supported by a lab experiment (sci-hub) that tested various refund bonus schemes against the no-refunds baseline using a "lab-based fundraising platform with many main features of real-life crowdfunding such as asynchronous multiple contribution pledges over continuous time, constant updating of individual and aggregate pledge amounts until a fixed deadline, and simultaneously launched multiple fundraising campaigns. Each campaign lasts for two minutes, during which ten participating subjects can pledge their (multiple) contributions without any timing restrictions" where for each project, each participant is assigned a random value between 20 and 100 experimental dollars[1], which they get if the project is funded. The funding threshold for each project was set at 300 (experimental) dollars. For each project, participants could make as many contributions of any amount they want, which would instantly display for all other 9 participants. "In every period two alternative projects were available for potential contributions, with differing refund bonus rules for each". Sessions included 20-30 periods. Overall, data was reported from 280 college students, non of which participated in more than one session.

I think this is a great idea and I expect it to work if implemented. I hope to see crowdfunding platforms experiment with it.

With that said, there are some interesting possibilities to explore regarding this suggestion.

If the platform funded the bonuses, people could create on purpose projects that would fail and back them in order to profit from the refund bonuses. There's no such option if the fundraiser funds the bonuses.

Putting the burden of funding the bonuses on the fundraiser makes fundraising more expensive, but not that much more expansive. Say you make a campaign with a $100,000 goal, and choose PE10 (10% bonus paid on contributions made during the first half of the contribution window). The most you'd have to pay is 10% of $99,999, but that's unlikely to happen. If your campaign fails I expect it's more likely to end up at about half the funding goal. In that case you'd only have to pay $5000 in bonuses. If we take into account that much of the support comes after the midpoint of the campaign, we can cut that amount further by a half or a third, to $3400-$2500. This seems far more manageable, and maybe you get most of the benefit even with lower bonuses and a shorter timeframe, this hasn't been tested so we don't know yet.

On top of that, the paper shows that fundraisers that do multiple fundraisers can pay for the bonuses in their failed projects with the profits from their successful project (which, remember, they have about 50% more of using refund bonuses).

Still, I think this should be optional (and judging from the wording in the paper I think the authors agree), so those who don't want to take any risk wouldn't offer refunds and would have a lower chance of succeeding, while those who are willing to take the risk would offer refunds and have a higher chance of succeeding. I also think multiple refund schemes should be available, so fundraisers could choose the one that fits them most.

I also wonder if this will lead to some sort of two-step process that would let fundraisers crowdfund the funds for the refund bonuses and then do the main campaign with the crowdfunded refund bonuses.

Here's how I understand regular crowdfunding dynamics[2]: whether a person chooses to support or not is a function how likely they think it is to succeed and how likely they think it is that they can free-ride. So if the project asks for very little, it's likely someone else will back the project instead of them so they refrain. If the project asks for too much, it's unlikely it will get funded so there's no point pledging anything. And there's a range in the middle where that person both thinks it's likely the project will get funded and unlikely they can free-ride, in which case they back it.

Refund bonuses completely change this dynamic, cause now the higher the goal (and the less likely a project is to get funded) the more you want to back it!

So if campaign of all goal amount get funded more frequently, and if there's an incentive to back projects that have seemingly too high goals, then I think this allows projects to successfully ask for much more.

This is especially true for big companies that do many fundraisers and can finance high refund bonuses for the failed ones with the profits from the successful ones.

As far as I can tell, the projects that asked for the highest amount on Kickstarter and succeeded are Mystery Science Theater 3000 ($5.5m) and Torment: Tides of Numenera ($4.5m). How much higher could you go with refunds?

This is especially exciting for me because I'm interested in the possibility of funding intellectual goods with crowdfunding instead of intellectual property.

A high enough refund bonus can create weird behaviors like backing the project, and then trying to convince others that it's awful or that its creators are awful and shouldn't be supported in order to gain the refund bonuses.

I think this suggests that optimal refund bonuses are actually fairly cheap, and wouldn't be a problem for most fundraisers. Even rich fundraisers who are confidant in their product might not want to offer a big refund bonus because of that.

Still, unless the refund bonus is very high or the value of the project is very low, I don't expect this to be a problem.

Until now we only considered projects that are beneficial to society (or at least to the backers), but some projects can be harmful. Maybe they're trying to fund some addictive game, propaganda, or some dangerous technology.

Without a refund bonuses no one wants to back a harmful project. With refund bonuses people have an incentive to be early backers of harmful projects if they think they won't achieve full backing (but it still doesn't incentivize late backers to push it over the edge. That might still happen by accident, though). People will probably even do that as a deliberate attempt to punish the fundraiser for trying to raise for a bad project.

I don't know how much likelier to be funded would bad projects be, but my hunch is that it doesn't make them more likely, and if it does then only by a little, which would be worth it given the huge increase in the amount of good projects that get funded. But to guard against it, we can stick to early backer refund schemes (which seem better anyway), that would prevent the hypothetical scenario where 'fake' backers accidentally get it too close to the finish line and then others push it over. This also might be another reason to limit bonus sizes, but that seems less important than only refunding early backers.

Still, even just partial backing that doesn't push bad projects over the finish line can have an effect. Most people, including enough journalists and famous people, won't understand all these dynamics, and when they see a terrible project getting backed they will treat it like a regular fundraiser.

Expect articles like "Make free money by backing this horrible Fundraiser!", Followed by articles like "Terrible fundraiser asking for $10m receives $9m dollars. What does this say about our society?", that don't understand that what this means about our society is there's a consensus that it's a terrible idea that no one wants to fund.

I think this is a great idea that can have a very big positive impact. It also has some extra effects that aren't obvious at first glance. It seems the best policy, both to maximize the funding frequency of beneficial projects and to decrease possible negative side effects of the system, is to offer refunds only for early backers, and perhaps also limit the bonus size. I hope to see crowdfunding platforms experiment with this idea.

Thanks MakoYass for the post that brought this to my attention.